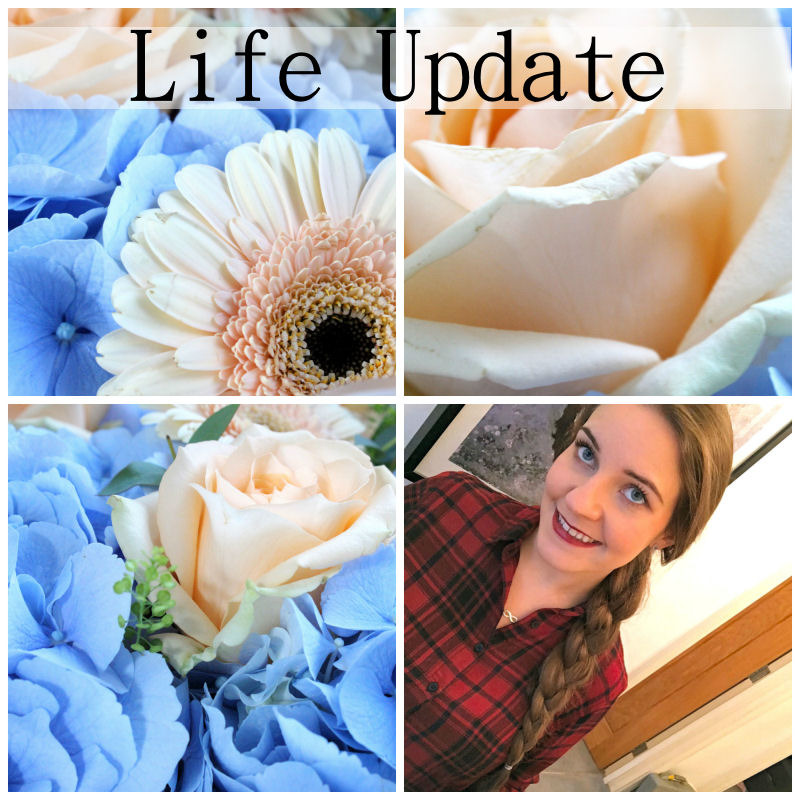 Hello Everyone! It’s been a while!! I just wanted to write a little blog post on a life update as things have been very quiet on the blog/you tube front over the past few months so I wanted to let you know why and what I’ve been up to. I definitely plan for this post to be a kick off for my return to the blogging world as believe me I have missed it a lot! At the moment I won’t be going back to blogging daily though, as I just don’t have time for that at the moment boooo!

Anyway, what have I been up to over the past six months? I got married on 19th September which was the most amazing day. Once the professional photo’s are ready with the copyright on it from the photographer I will share them with you along with a full account of our day. From start to finish it was definitely the dream fairytale wedding we had always wanted and it was brilliant to see everything come together and run smoothly! That is one of the reasons for my lack of blogging, in the run up to the wedding I was really struggling to juggle working full time, wedding planning and blogging so unfortunately the latter had go on the back burner for a bit.

After going to the beautiful Barbados on our Honeymoon I had planned to pick things up again as normal but unfortunately I was poorly around a week after getting back and that continued into this year. It turns out I was allergic to a plug in air freshener but it took a long time to work that out! It was causing me chest pains, a constant sore throat and terrible cough so as you can imagine I really wasn’t up to much!

During that time, early January to be exact I also got a promotion at work so I’m now officially a manager! I had actually been doing the role for two years already but it took a while for everything to be officially recognised so it’s great that’s finally happened.

That’s all for today’s short and sweet post but watch this space for some more over the coming weeks. To start with I plan on blogging around 2-3 times a week.

How have you all been?

Check out these great blogs by my lovely advertisers:

You may also enjoy: